The Little River Rail Trail begins in the quaint township of Little River and flanks the shores of Lake Ellesmere and Lake Forsyth to end in the township of Lincoln. Enjoy the ever changing landscapes from farmland to wetland on this very popular tour on our electric scooters.

The Little River Rail Trail is a cycleway and walkway that closely follows the route of an old 19th century railway line between Hornby and Little River via Prebbleton, Lincoln, Motukarara & Birdlings Flat.

The Little River Rail Trail takes you through a changing landscape that has seen a thousand years of human history alongside State Highway 75 from Christchurch to Akaroa.

The Little River Rail Trail passes through rural areas and settlements on the Canterbury Plains, past the massive flanks of the ancient volcanoes which make up Banks Peninsula, and hugs the shoreline of a vast lagoon, Te Waihora or Lake Ellesmere, and its smaller twin, Te Roto o Wairewa or Lake Forsyth.

The lakes and associated rivers and wetlands are rich in wildlife and natural vegetation which you will see along the way. For our tour, the 39km trail starts at the historic Little River Railway Station and winds alongside Lake Forsyth, with close up views of the volcanic hills and lakeside views.

From here the trail heads out of Banks Peninsula and toward Lincoln, riding is mostly off road and through wetland areas that is home to much birdlife. You can expect to pass a number of farms, and you will see not only dairy cows and sheep but a wide range of wildlife and animals.

Lake Ellesmere/Te Waihora is a shallow, brackish coastal lake and New Zealand’s fifth largest. An internationally important wildlife area, 166 bird species have been recorded here, including 133 indigenous species, some of which you will see on any given day.

We stop off at Kaituna Quarry before heading to Motukarara for a taste of railway history, Motukarara Station was once a major part of the Little River Rail Trail and a fantastic little piece of history along the way.

We then head towards Lincoln where the rail trail features a mix of on road and off road sections connecting Motukarara to Lincoln where you will really get a feel for the flat rural landscape of Canterbury with the Southern Alps mountains as a stunning backdrop to the west. 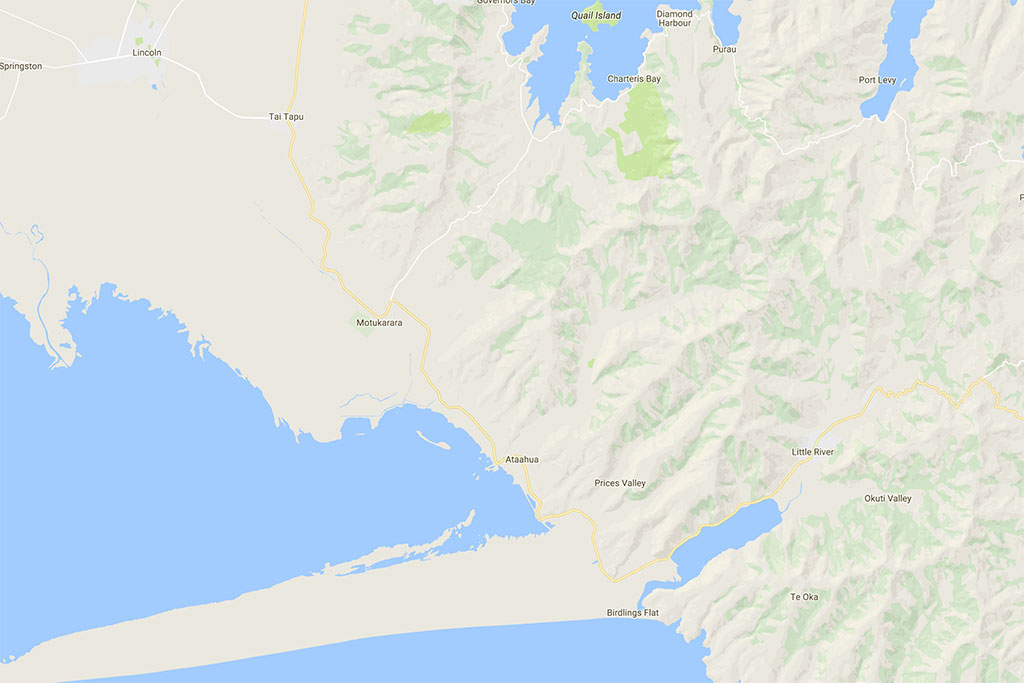 What You Need To Know

We’ve have put together some suggestions and tips to make your tour as enjoyable as possible.

TRAIL CONDITIONS: Most of the trail is on hard packed gravel tracks but there are some sections where we have to use sealed and unsealed public roads. The terrain is mostly flat but there are some bridges to pass over and gates to open & close.

FOOD & WATER: There is no drinking water available or shops along the trail. You can bring bottled water and food with you or you can purchase this from Little River before we leave. We finish the tour at The Laboratory in Lincoln where food & drinks are available for purchase.

WEATHER CONDITIONS: Canterbury weather is very changeable, we recommend bringing a jacket even if the weather is good as some of the sections near little river are shaded by the mountains. In the event of bad weather preventing us from going, you will be notified by email.

CAMERAS: We recommend bringing your camera regardless of the weather. We stop at a number of locations along the way that provide photo opportunities.

OTHER ITEMS: We recommend sunglasses and insect repellent if you are sensitive to bugs as we do encounter them in one section of the trail. Sunscreen is advised when it’s sunny as we have quite harsh sun here in New Zealand. 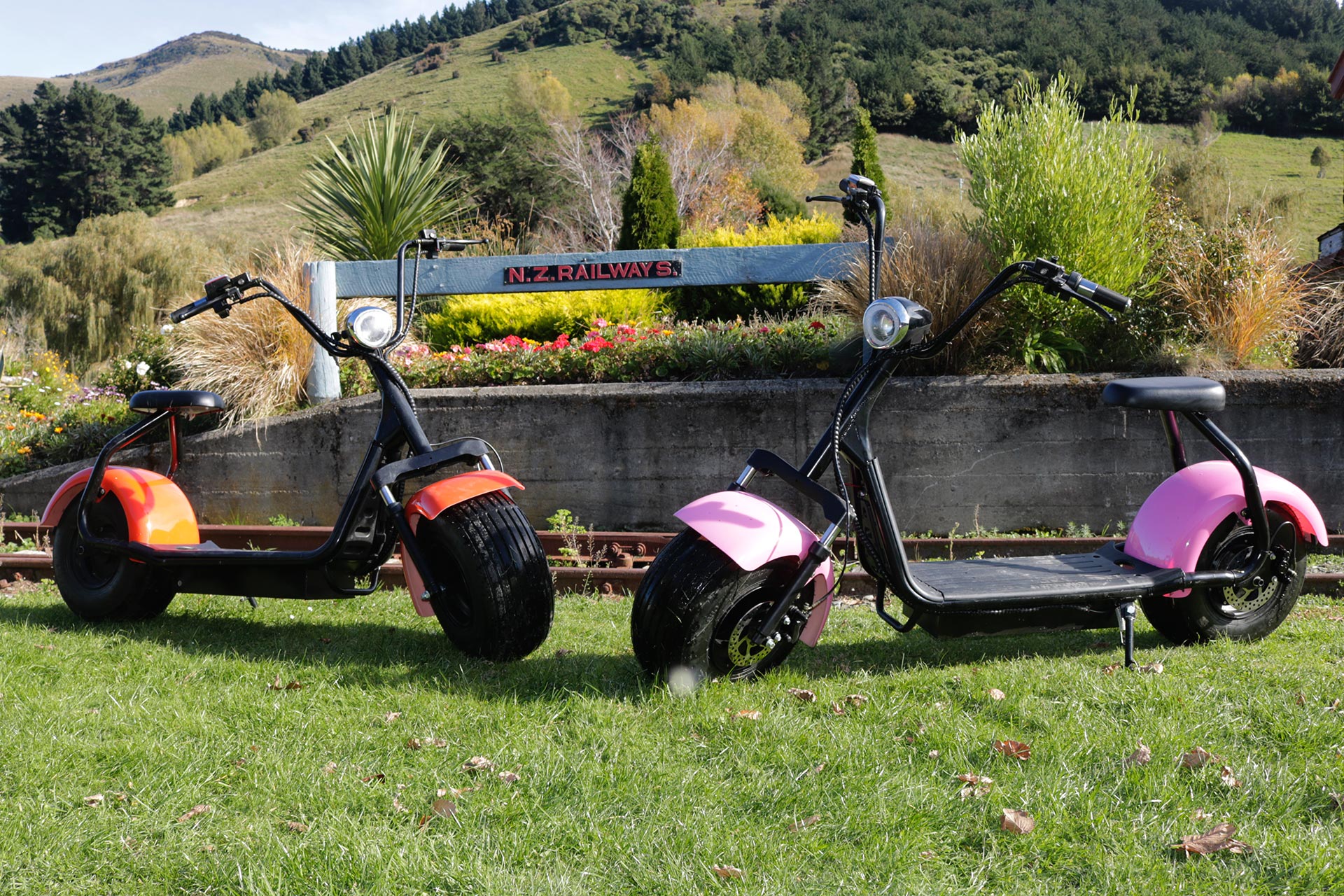 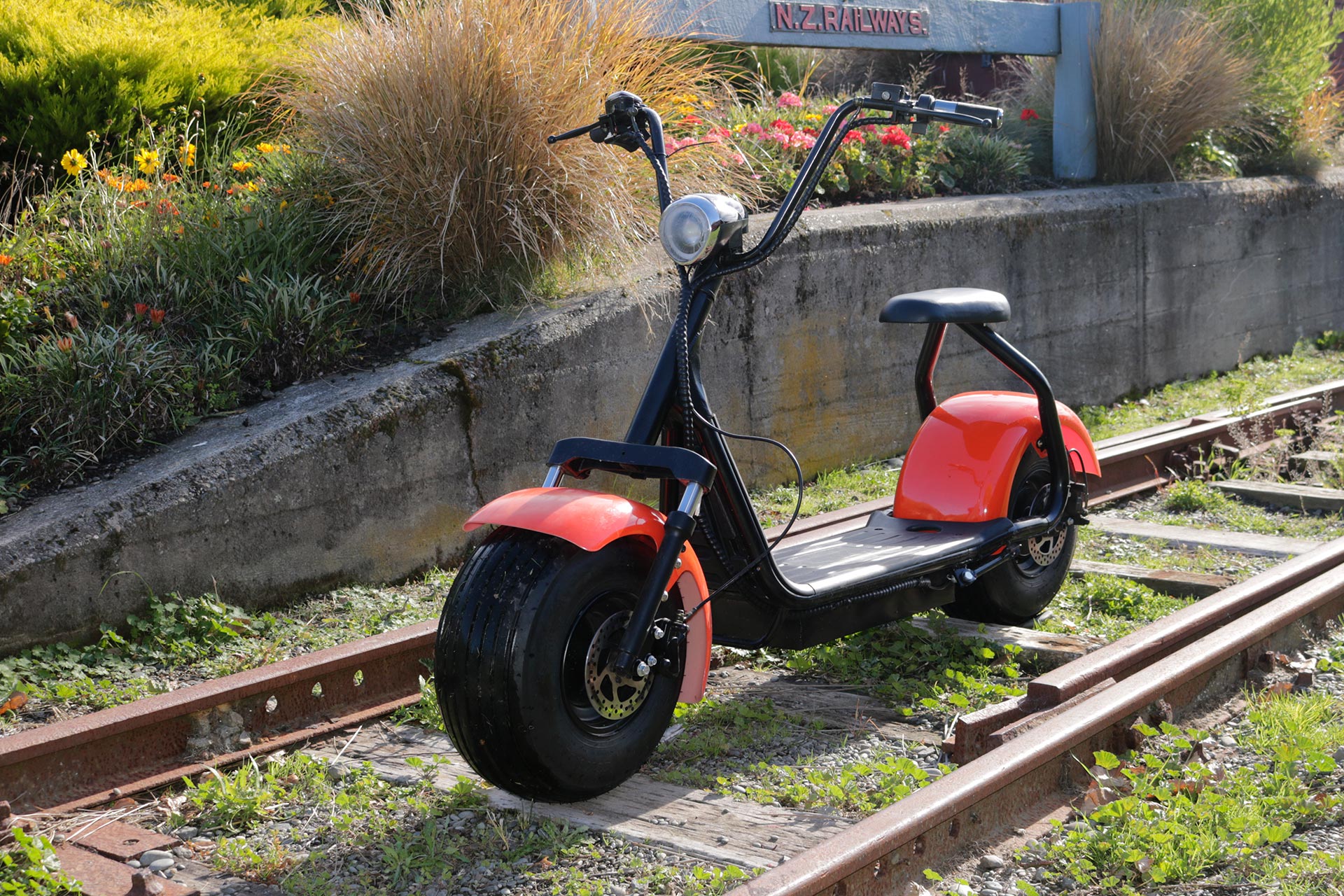 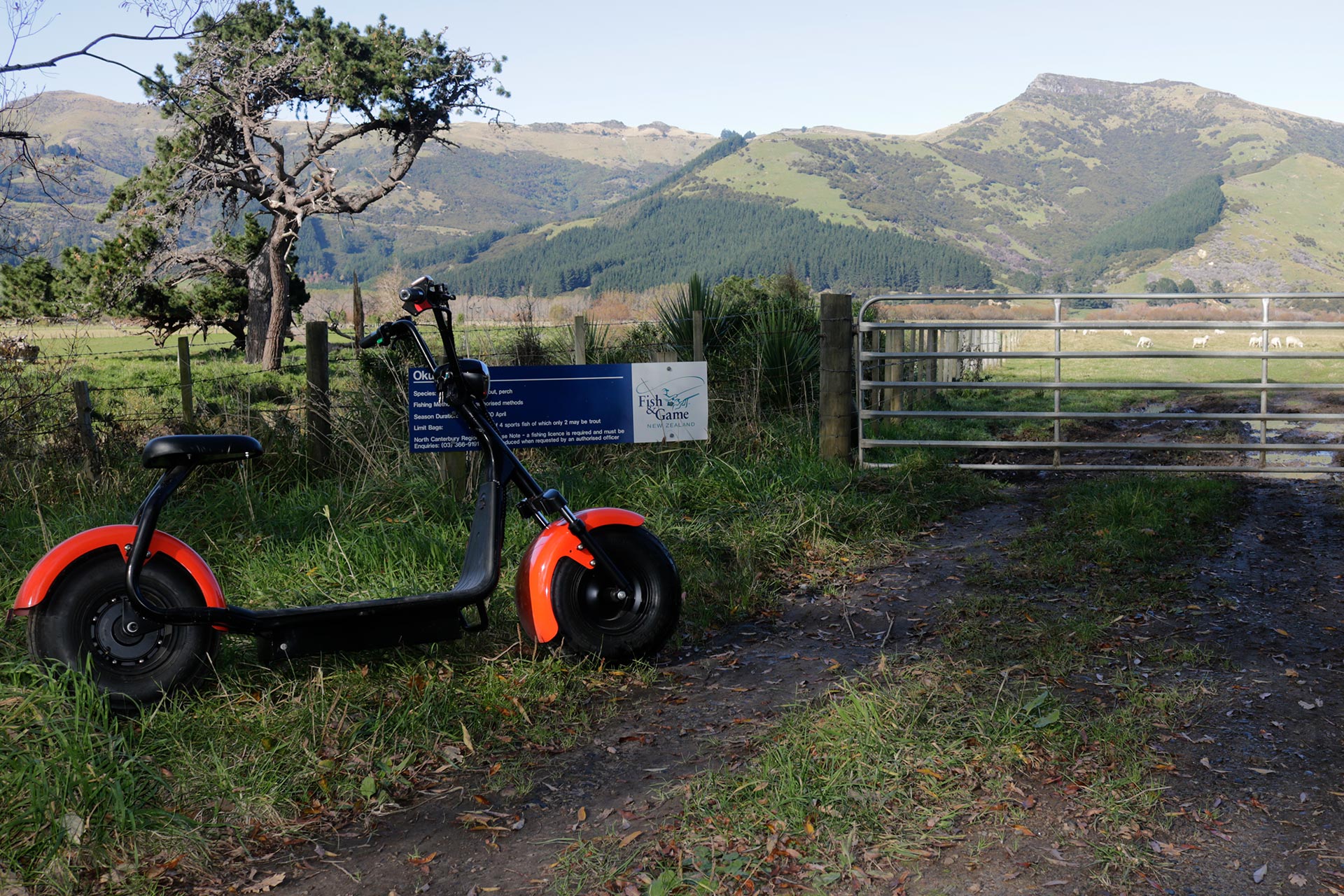 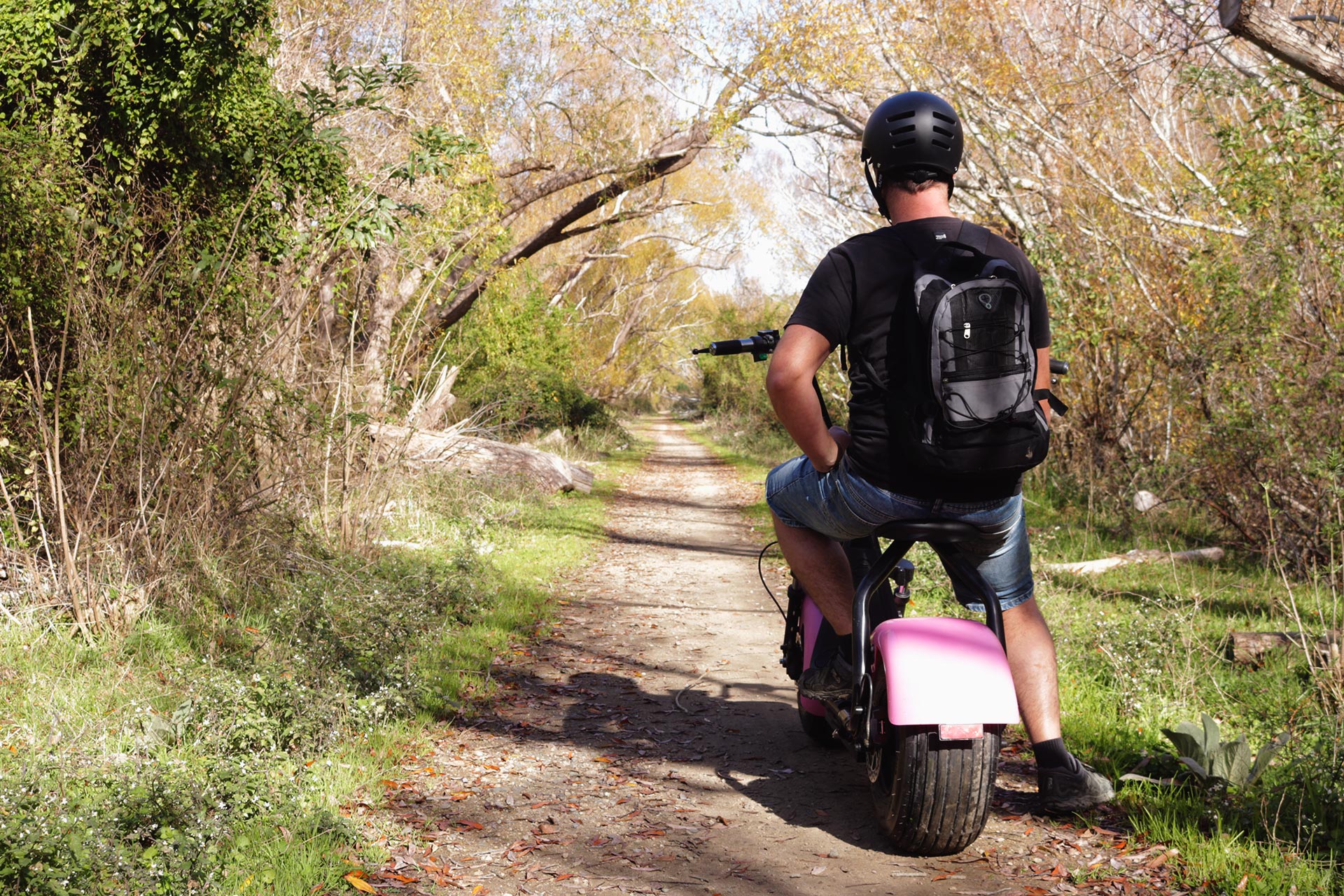 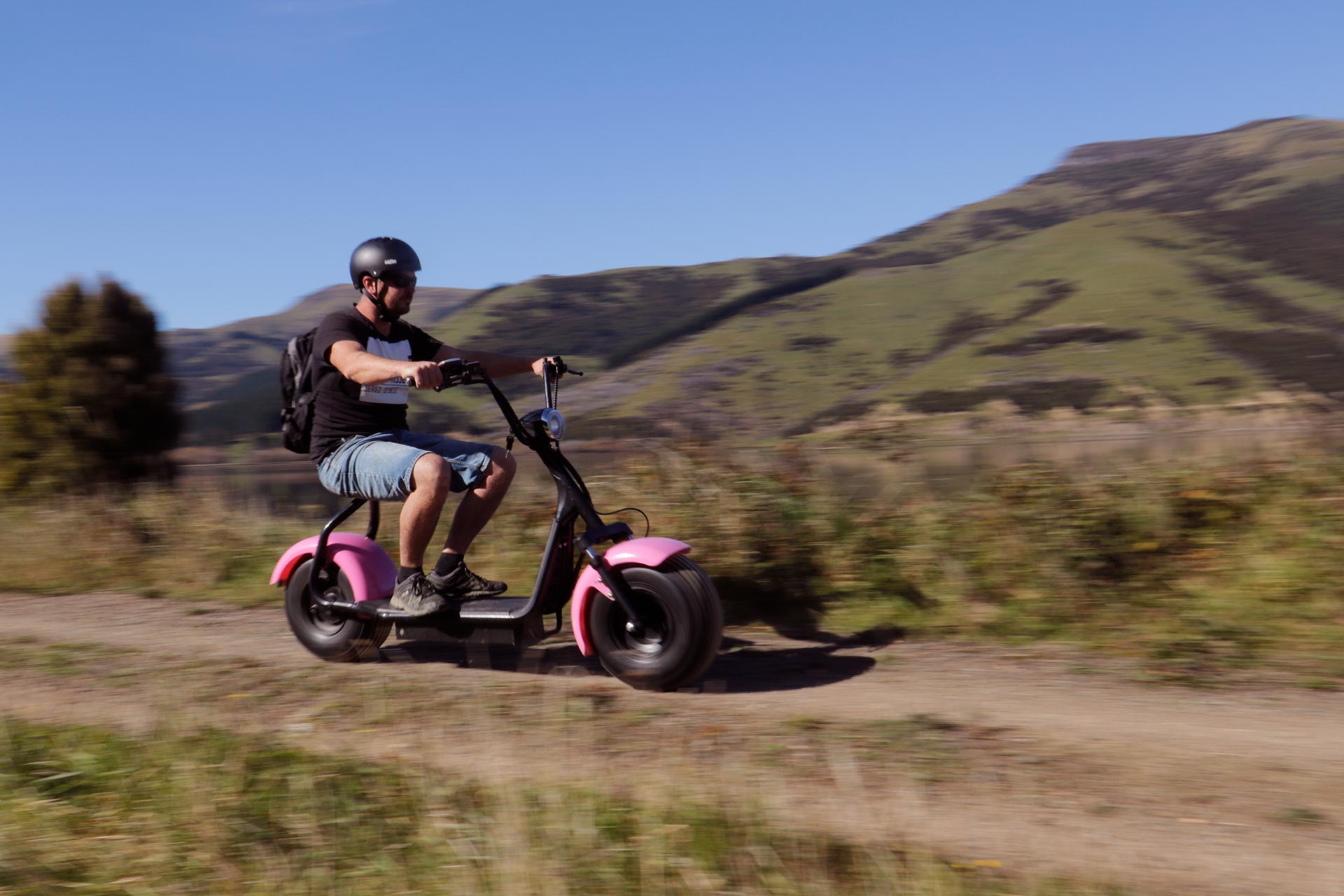 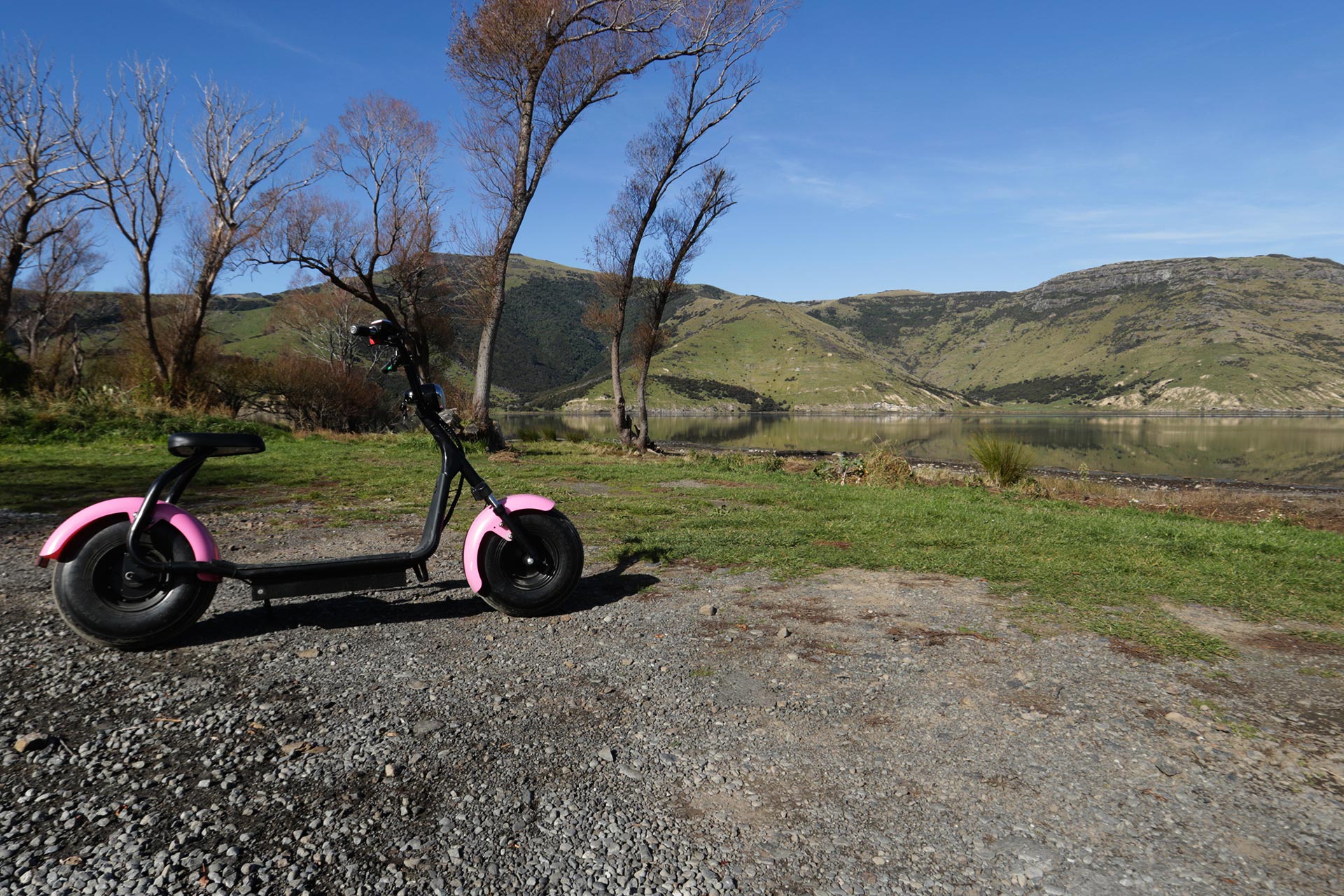 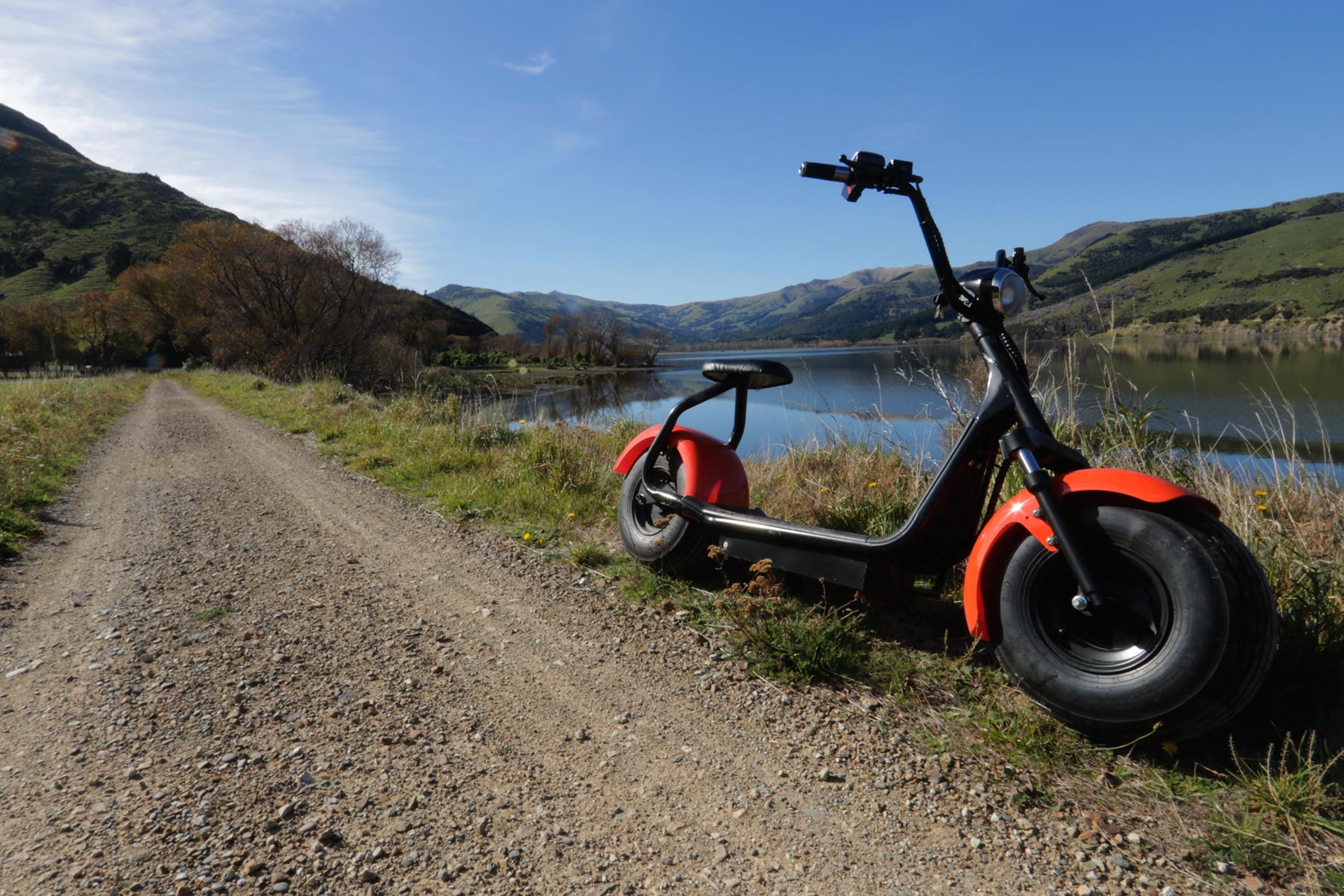 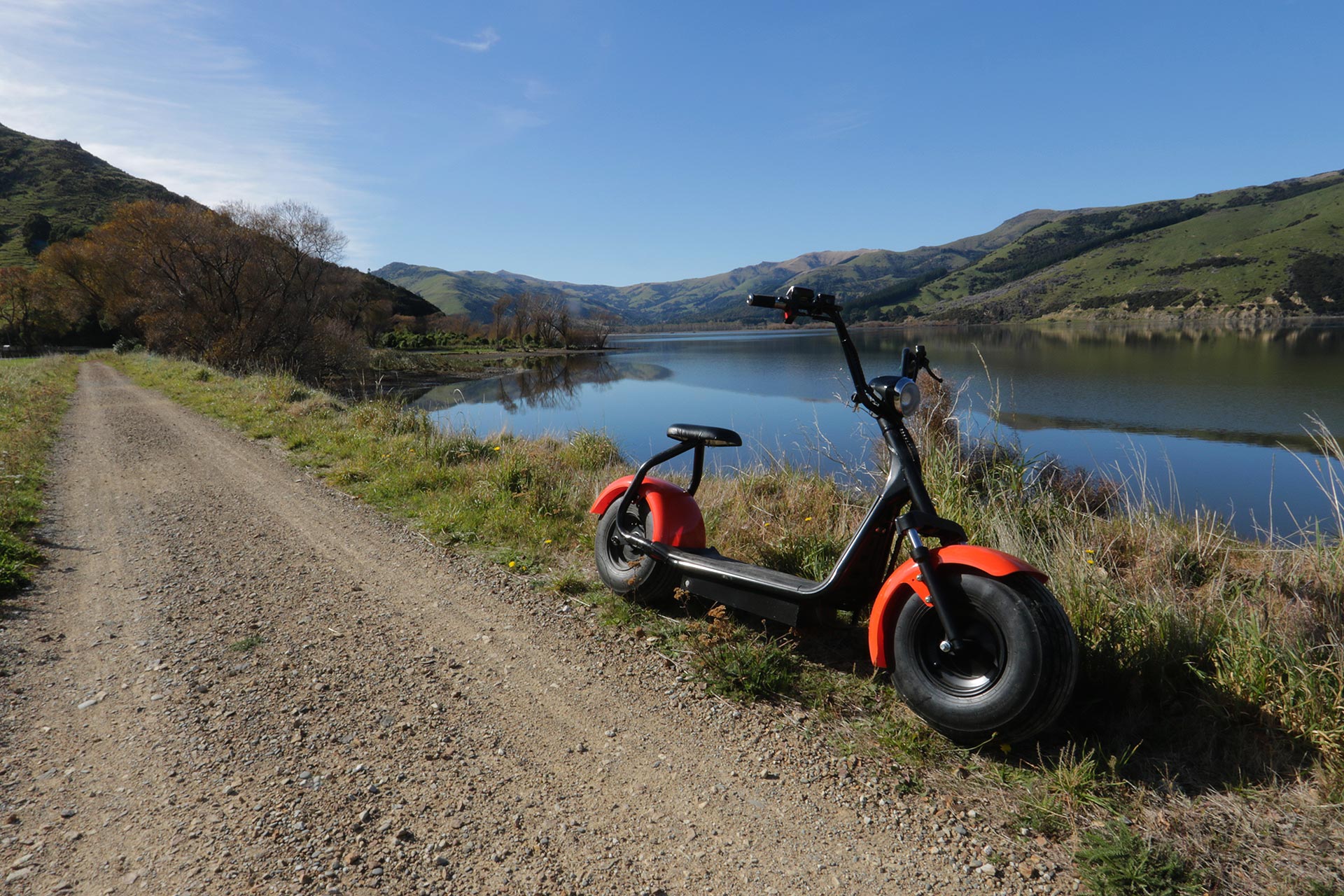 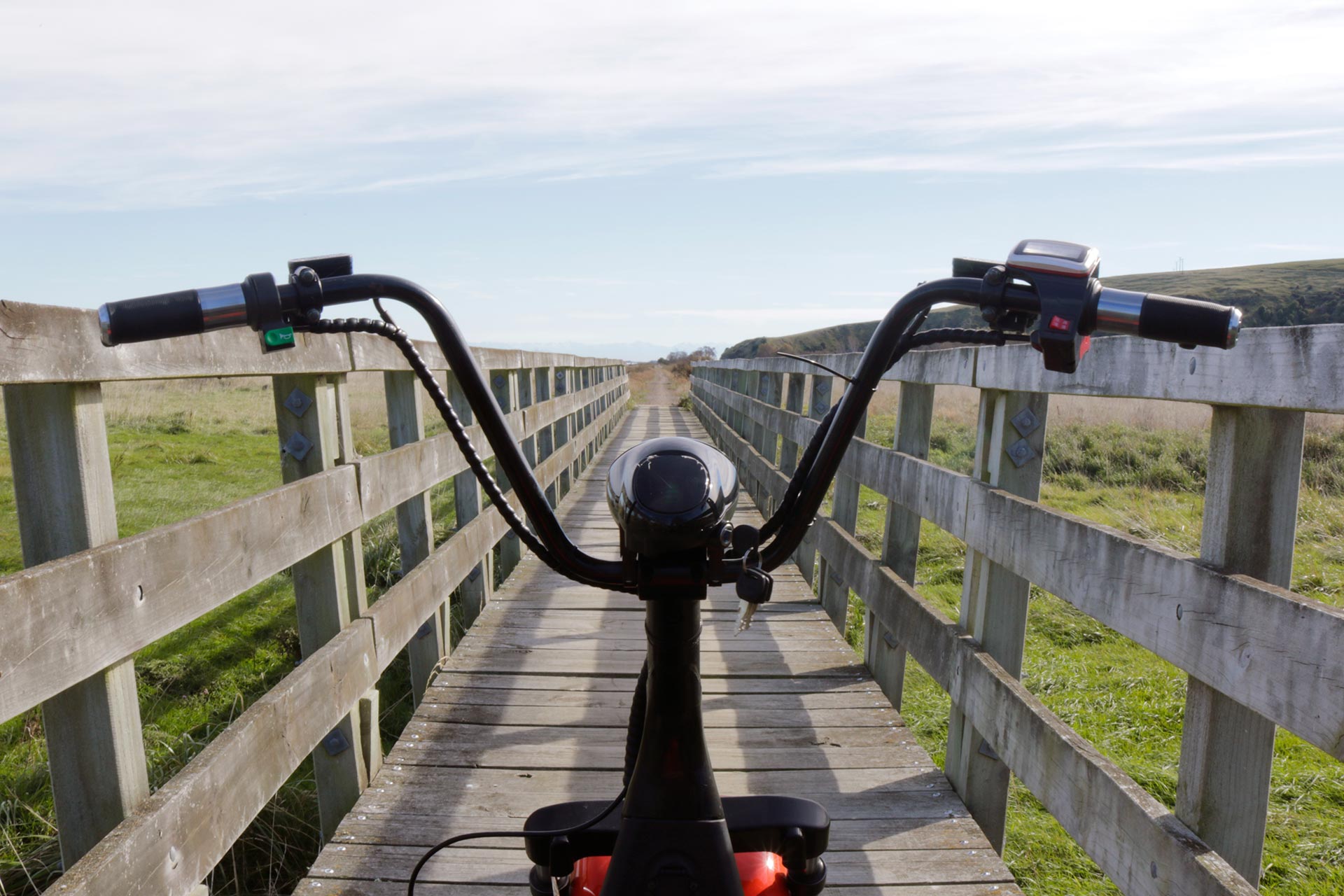 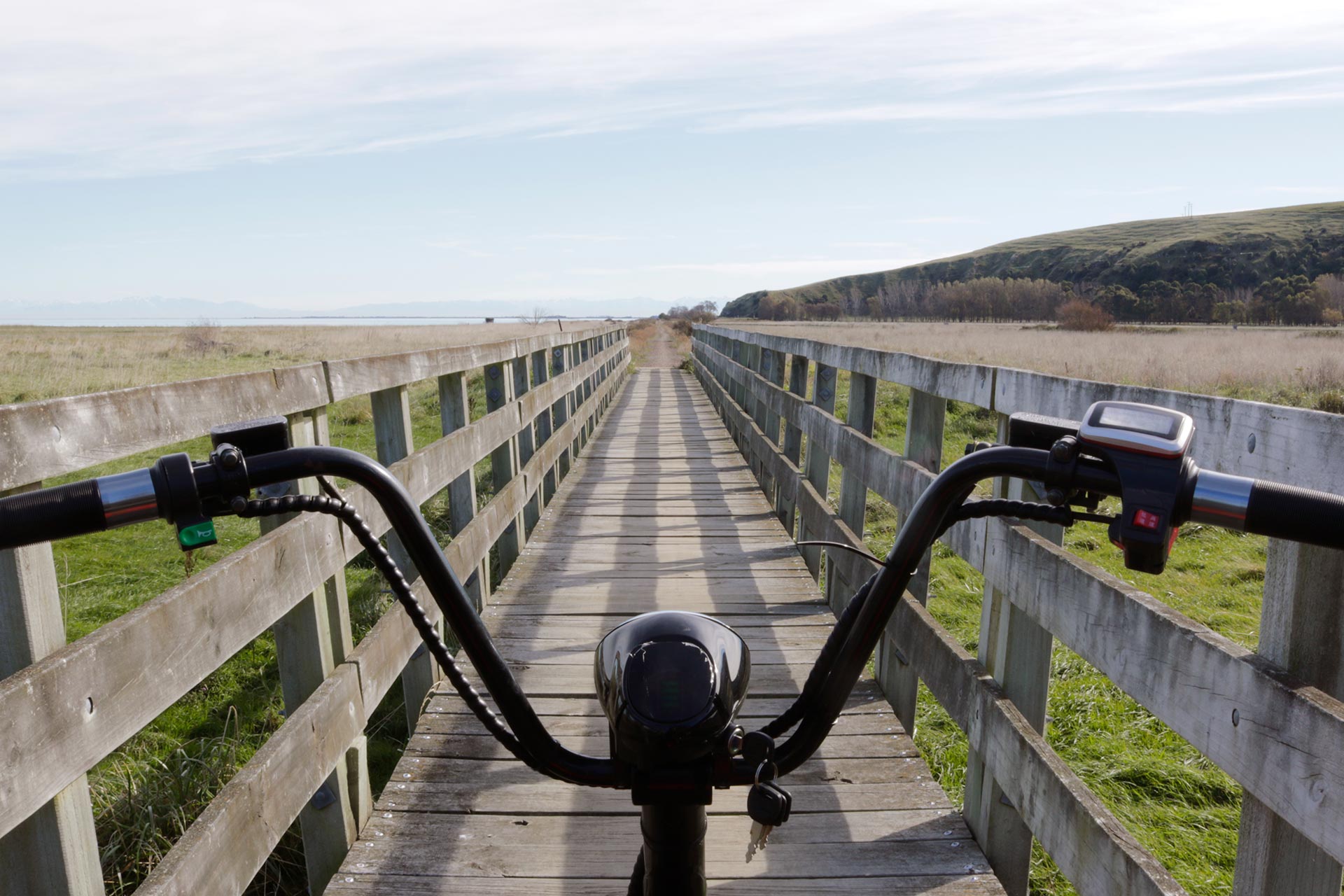 What Other People Are Saying

Don’t take our word though, see how much others enjoyed their tours around our vibrant new city and book your tour today.

The electric bikes and large seats made it very comfortable trip

We went on the Little River rail trail day trip departing from Lincoln. It was a great experience on the electric bikes with lots of sights to take in on the way. The electric bikes and large seats made it very comfortable trip which I would definitely recommend to others looking for a fun way to explore and try something new!

What an interesting way to check out Christchurch

My wife and myself decided to do the Little River Rail Trail one weekend instead of our usual date night. I had no idea about all the history and learned a lot and the amazing weather that morning made it even more enjoyable and the views were spectacular. We liked the personal touch Ryan provided and never felt like we were rushed or had to keep moving along…

The Littler River Rail Trail was amazing, i couldn’t believe we could go so far on these little scooters and they handled the trails beautifully. What a brilliant way to spend a day with friends, i’ve lived in Christchurch my whole life but this was the first time i’ve done the rail trail.